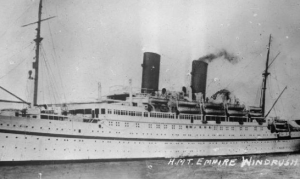 Britain advertising overseas for cheaper workers has been going on for decades and now that EU hospital staff have been sent home, the NHS is advertising in Jamaica for nurses to ‘earn, learn and return’.

Recent news has revealed something about the current government, which shows us that if people speak up about the worst excesses of the Conservative’s ruthless policy making, we can shame the government into doing what is right.

It would be good to make a list of things we want to change and find an angle to write about that will reawaken the good in the general public to speak up to our government. We vote for them and we pay their wages so let’s get to it.

Even Amber Rudd and Theresa May are getting the point when their actions cause the British people and the media to disapprove together.

Unpopularity is the Achilles Heal here. Let’s use it.

Firstly we hear about how the Windrush generation have been treated by the Home Office, particularly since 2014, when the following guidance to Home Office staff was withdrawn:

“…it is important you treat these cases in a careful and sensitive manner. You must give applicants every opportunity to send in evidence. This is because there is a risk of adverse publicity if these cases are mishandled.”

Most of us are familiar with the general treatment that migrants receive in the UK. While the government allows the advertisement abroad in foreign languages to exploit cheap overseas labour for large and profitable companies rather than focus efforts to tackle unemployment in amongst people living here who want to work, such as the tax on bank bonuses to fund the creation of more jobs for young people. We are also familiar with how the press have stirred up racist tensions between British citizens and migrant workers, even putting croissants in front of them and printing their photo  in the paper. The Tories rely on people jumping to conclusions that the “soft” left is responsible for weak borders, not greedy capitalists wanting to exploit cheap labour and keep wages low.

in 2014 our Prime Minister Theresa May was in charge of the Home Office and she wanted to create a ‘hostile environment’ for those who she believed were here illegally, and even punish their children as reported in this BBC article.

However, if the British people stand together with the press and say to the government that they are wrong, their worries about losing their positions, salaries, expenses and other perks of the job will shame them into change.

Now the government are rectifying the Windrush situation and giving these British Citizens the passports and papers they deserve. This comes as too late for some people such as Dexter Bristol

Now the papers report that Amber Rudd has finally agreed to give these British citizens the due respect they deserve after paying into our system for decades. Here is the news on Sky.

What shall we all work on next?