An actress who had only been made a permanent cast member of Emmerdale has been fired over Tweets she posted in 2013 aged 19. Although Shila Iqbal apologised, she was still axed from the show.

Meanwhile, a man was reported recently when he said that an Asian colleague “brought colour to his life”. The colleague in question said she took it in its traditional definition as to “brighten up” whereas someone decided to take offense on her part and report it without checking in with either party involved. 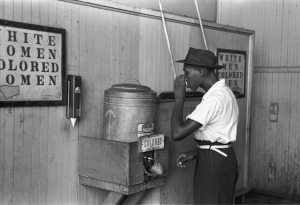 This political correctness is not reducing bigotry or against under-represented social groups and merely conveys the prejudice of the offended party.  This article illustrates how diversity training is in no way tackling racism or raising awareness about acceptable attitudes to others in the workplace.

We need to separate the difference between being offended by something and responding directly to the person who offended you and going and reporting something to a third party. Why do we need warnings in the media that there will be “content that some people might find offensive”?

Surely being upset or offended is one’s own responsibility? Why does that responsibility get dumped on other people? It is not their point of view. It is a valid point of view to be offended or upset about something someone says to you but that means it is yours to deal with.

How would these people complaining or reporting things they hear – and often mishear, misunderstand or take out of context – like it if their views were dismissed and they lost their career over “telling tales”? This behaviour would stop in an instant. 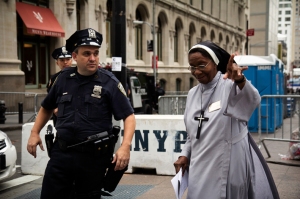 As we lose trust in our governments we also become more worried about other restrictions to our perceived freedoms. Although, as psychiatrist Victor Frankl wrote in Man’s Search for Meaning, suffering is relative, we still enjoy many freedoms in the United Kingdom that are not universal.

However, communication is becoming dominated by people, who do not respond and say why they are upset or offended but instead go and complain to a third party or report what was said to a higher authority.

This has resulted in people, be they politicians doing their jobs, teachers, members of staff or posting on social media, being censored. Censorship, I believe, is wrong and goes against our rights to speak freely.

We know the rules. We know that if we break laws we will face prosecution. However, we might start to ask each other whether the laws that govern our behaviour are fair and just. However, I am not discussing the law here but something much more fundamental to our rights and freedom: communication.

Most of you will have seen phrases kicking around by now, such as the term “snowflake”. How many people can agree on a definition of what kind of person is a snowflake?

To me, a snowflake is someone who cannot reply directly to a speaker and say how they feel about what was said. This means that we know if the person how the person we are talking to feels and we can take responsibility for that if we choose and are decent. We can continue discussing if we have different views and it is perfectly find to disagree with someone. In fact, lots of diverging viewpoints often creates the best solutions.

censorship will create an unsafe and unfair world

The actions of the people we probably refer to as snowflakes has created a minefield in interpersonal communication, which has resulted in censorship, treading on eggshells, manipulation, dishonesty and confusion. People believe they are standing up for something while they are in fact reinforcing injustice.

People might feel they are crusading for social groups that are not heard above the hubbub, but how about giving them a platform and helping them get their voices heard instead of trying to talk for them from a different perspective without sufficient information or knowledge?

Instead of giving power to people to create a hostile environment for communication, conversation and discussion between people and for creating a minefield in human interaction, we need to reply to them and say that they have been heard and if they are offended or upset it is theirs alone to go and speak directly to the person who offended or upset them and tell them why. Then they must take the response to be responsible for themselves and their own communication.

Equality means listening to everyone and respecting their point of view.

This means that people can be challenged and will expect to take their responses and respond back but will not lose their careers over something they said even after they have apologised and made good.

This will ensure our rights and freedoms to speak up for ourselves can be maintained, will keep censorship at bay and can prevent us ending up in a dystopian police state with mind control and persecution.

Corporations are already using people’s opinions against them and stopping people speaking out. Social media is already censoring people’s views. This has to stop and if we interact with each other responsibly and not block, invalidate, shut down or dismiss each other, we will be able to halt the political divisions that pull our societies apart.

A Spark of Moonlight