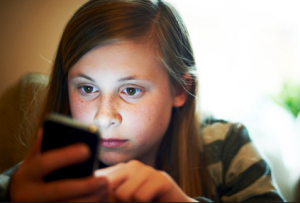 Social media, like TV, is hard to dip in and out of.

I can imagine Samantha’s heart  sinking as she watches her nine year old daughter sit silently in the room reading her phone. Every so often her face flinches in reaction to something on her phone screen. Whether we are parents or not, the experience of someone’s physical presence in a room when they are disconnected, focused and unavailable is a new experience humans are having to adapt to.

When absorbed in the content-heavy news feed of a social media site, more like a magazine than a social interface, interaction becomes quite difficult. People may think they can “multi-task”, but they probably truly can only in specific circumstances. Reading and listening at the same time are pretty hard as is listening to two people talking at the same time. 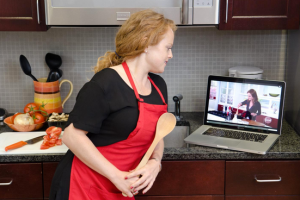 It may be possible to cook a familiar meal and follow a light soap opera, but try replying to a text, battling “auto error” as you go, in the middle of a conversation with a friend. In fact, splitting your focus is likely to cause disorientation, which can lead to half-brained responses when someone says something while your attention is already engaged.

The purpose of this story so far is to remove the idea that someone reading and writing constantly on their phone rather than being present in the room to other people is a personal response to the other people around them. School pupils seem to have so many things demanding their attention with incoming messages appearing across different platforms all at once. Therefore, talking to a parent who wants to know how their day was can require quite a gear change to give a proper spoken answer, one which could alienate the parent. 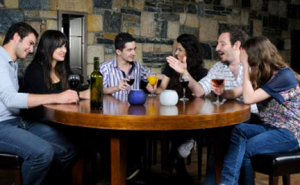 This could be how social media is eroding human face to face connection. However, actual connection, conversation and communication over the phone is effected too, due to the hierarchy phones use to decide which function has priority. 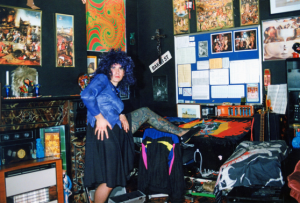 In the 1980s, a teenager could escape to relax by listening to music or reading in their room

So far my aim has been to view the world through the eyes of the phone user. As a 46 year old who had been through their single figures, teens and twenties without mobile phones, emails and social media, so I don’t find it to resist checking social media. However, with everything from phone calls to email, my phone can try and demand my attention when a message or call comes in. We need time away from our devices altogether or to put them on sleep mode, so long as they ping back and don’t get forgotten on silent when they are needed. 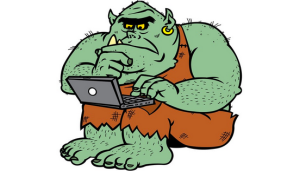 The person writing horrendous things from the safety of their cave is likely to think their words are impotent, which will make them try harder to penetrate.

Recently there was a programme on Channel 5 (UK) about Internet trolls and people who are abusive to the point of being dangerously threatening online. The presenter, Frankie, got a face-to-face for a reality TV star with a particularly aggressive troll who agreed to be interviewed on camera.

The reason he gave for his trolling was that he never imagined a famous person would read his comments, so therefore he claimed to be venting, although his father threatened to chuck him out if he didn’t stop. This suggests that trolling is a form of classic bullying that is about the troll not their target. It is unlikely to be personal, despite what is said, like in face-to-face bullying, and it could come from people who feel irrelevant, insignificant, ignored and impotent. 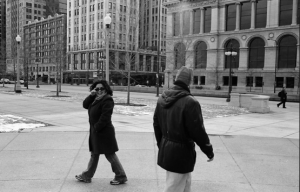 Strangers may acknowledge each other but we all have people more important to us to pay attention to.

One thing that has changed, and I think it has quite dramatically, is the break down of barriers between strangers. I sensed it in 1992, albeit some time before mobiles and social media were around. Today, people judge complete strangers and celebrities in the public eye based on their appearance or actions. They have no reservations about telling people what they think about them either. Is this born of impotence? Does someone think: “you don’t know me so you won’t care what you think.” and therefore assume their target won’t take any notice? If we don’t give enough attention to strangers to find out what they are about, why can’t we be civil towards them? 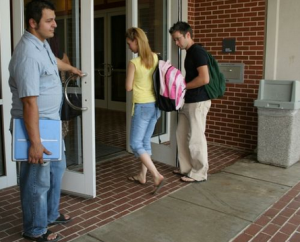 It’s a joy to interact peacefully or even make someone smile.

This stranger-judgment must put much more pressure on people going about their daily lives compared to when etiquette demanded people to be civil to strangers. I was taught to not make personal remarks and this goes along similar lines. I don’t talk to people only because I find them sexually attractive, but for me that is because I never find strangers sexually attractive, so this might be easier for me to not judge strangers on their appearance as I am not deciding whether to speak to them or not. Some people seem to only even acknowledge someone’s existence if they are a potential sexual target. You can’t sleep with everyone! Healthy living surely requires a mixture of relationships from friends, relatives, work colleagues, people in the community, professional interactions and a romantic partner. Social media has made it open season on publicly judging, shaming and ridiculing people we don’t know and it would be great if we could find a way back to being respectful. 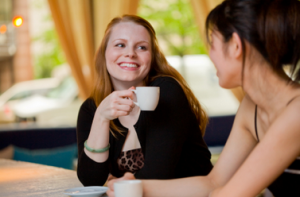 Oh the joys of a person to person conversation

I do think it is important to try as much as I can to see the point of view of every person. I think everyone deserves to be cared about, accepted, liked and to be able to talk to at least one person freely and feel heard and acknowledged. Think of how hard it is to speak to someone who clearly isn’t listening, doesn’t care, has lost patience or isn’t interested in anything you have to say? It is also a good idea to ignore the trolls, as they don’t know you and it is not personal. People say things for attention quite often and ignoring them is the best remedy. 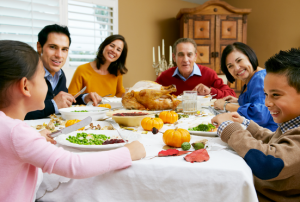 Story telling takes us back through time to the troubadours of old and has boundless joys for everyone.

Therefore, I would conclude that social media is fracturing human connection at an increasingly fast pace. It is making communication trickier, effecting relationships and with so much written content to read, we can zone out of real life for hours at a time, responding abruptly to any contact people make with us. Even films become driven by written dialogue with pop up boxes of phone texts replacing action, scenery and conversations. I thought using a telephone in a film was bad enough when you only hear half a conversation. The phone became too important in films, when it was an exciting new thing, I feel. We surge through different apps, all with notifications that make noises, flash lights and even open a dialogue box on the screen while we are writing something else. We battle with “auto error” which alters our grammar, punctuation and even changes Proper nouns to inappropriate alternatives, removing key words to diametrically change the context or just making us look like goofs. Apparently it would take much longer to write without it.

The simplest solution is to return to not having a phone when in company, be it at work, at home or in the pub. To flick through a news feed with all push notifications turned off when alone. This would give our heads some breathing space while we adjust to today’s world of social media and regain the inimitable joys of human connection.