It is very difficult to find out about people who have been made bankrupt by councils chasing council tax arrears. There is an article in the Guardian from 2008, another from 2007, both raising concern, but not a lot since then.

Apart from reports by the Citizens’ Advice Bureau, Local Government Ombudsman and Local Government Lawyer, all asking how fair the bankruptcy process is for council tax collection, there is little other information out there, apart from on councils or the Insolvency Service’s own websites.

Which way to go? Once a process starts snowballing it becomes impossible to stop.

If councils are allowed to petition for someone’s bankruptcy if arrears are £750 or over, and cases in which this had happened were publicised as a warning of how someone such as Mr Woods can lose his entire inheritance, wouldn’t this work as a cost-effective deterrent to put off non-payment.

So why are cases in which this has happened, and I’ve heard from people who have lost thousands of pounds over a relatively small demand for council tax, so hard to find on the Internet? Are councils and the Insolvency Service being secretive about making people bankrupt?

Victorian times. Are they gone? There is no debtors prison anymore.

And how much money is being taken from people in this way?

Surely if a council was using bankruptcy as a last resort in the case of someone who ignored their demands and refused to pay their council tax, and the council had tried every other method and finally resorted to using bankruptcy, they could would announce it to warn other people to not avoid paying their tax?

It seems we hear more about cuts than ongoing local services which council tax is funding. Does that instill confidence in people about what their money is being used for?

Therefore, if this process is legitimate and fair, why don’t we hear about people it is happening to and how much it has cost them? 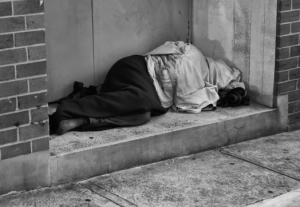 People could go from wealthy, through a series of removals of assets to penniless and homeless without recourse to any discussion.

Why also don’t we hear about where this money is going?

The Financial Times reported that the Insolvency Service may themselves be in the red. Therefore they’ve probably cut staff and other costs. How efficient can they be now? And if they get funding from people who creditors make bankrupt, does that motivate them to target people with large assets, supposedly on behalf of councils? Insolvency Practitioners definitely cost a bomb.

If council tax is a ‘priority payment’ and councils are complaining about shortages of tax income, why aren’t councils using examples where council tax avoidance has ruined lives to help encourage people to pay as a priority? This seems to be a cheaper way of getting people to pay rather than using private contractors.

If someone read or heard about a fellow citizen losing thousands over a council tax bill of £1,000, wouldn’t it scare them enough to pay promptly? Wouldn’t this deterrent save the council tons of money in chasing up council tax arrears?

If councils claim to want to be fair to people who do pay their council tax, wouldn’t fast, cheap and effective ways of collecting council tax be fairer to these good payers than squandering their hard-earned cash on private debt collectors and bailiffs, courts, solicitors, insolvency practitioners and others? The police get involved even though debt is not a criminal offense. 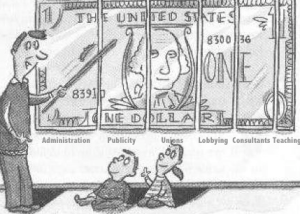 Would responsible tax collection include inspiring people with service improvements they can contribute to?

So why are the increasing numbers of cases where bankruptcy is being used for chasing up council tax arrears only visible on the Individual Insolvency Register and not even in the London Gazette?

Is it because the rich pickings for the council, Insolvency Service, insolvency practitioners, solicitors and others such as auction houses is more important than just collecting council tax?

What is the cost of collecting council tax without using bankruptcy, ie:

Once the Insolvency Service gets involved, the may make an insolvency practitioner (IP) the trustee of the bankrupt’s estate, and the IP could charge up to £600 by the hour. 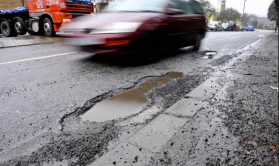 Do we see cuts to public maintenance rather than where our council tax is being spent?

Trustees snatch rent and deposits, which could be worth ten times the original debt owed, without giving the individual sufficient time or warning about the bankruptcy process, which could lead them to selling a property to pay off any debts.

Why does the Official Receiver demand ‘co-operation’ if the whole estate can be taken without the previous owner’s consent to bankruptcy? If someone is poor, they are warned to avoid bankruptcy at all cost.

In the case of a landlord (who is no longer responsible for their tenants’ council tax), removal of rents could send mortgages into arrears, leading to repossession, costing the individual many tens or hundreds of thousands more than the original payment demand. A lot of people’s hard-earned cash can be squandered in this way. The council’s responsibility would be to chase the tenants for their tax and it is their fault if they lose track of these people.

Once the council have made someone bankrupt, it seems that the Insolvency Service can flatten all their assets and refuse to account for what they have taken. People are treated worse than criminals. Debt is a civil, not a criminal offense.

So shouldn’t people be warned about this to avoid it happening to them?

If these processes are totally above-board, and this was irrefutably proven, wouldn’t councils want to warn people of how severe the consequences are of not paying their council tax?

Is this process hidden because it makes councils look so much worse than the cost of putting a charge on their property, so the debt can be repaid when they sell or mortgage it?

Do we see where council tax is being spent or just hear about cuts to blame ourselves?

Is part of the level of council tax spent on administration, possible errors and the costs of trying to meet targets for receiving council tax?

These costs could be cut and targets reached if people knew what could happen to them if they don’t pay, and possibly even the amount required from each tax payer could be reduced.

Perhaps if services and maintenance of public spaces were kept up and council spending on their areas was reported or visible, council tax wouldn’t be so hard to chase up as people could see what they were paying for.

When you hear about nothing but cuts and complaints about non-payers it is hard to see how councils could ever create a trusting partnership with the public that provides their funding.

Finding out what people think about this and why percentages of people can’t or don’t pay, therefore getting some feedback from their communities, would be a step towards being responsible for things that don’t work in their area.